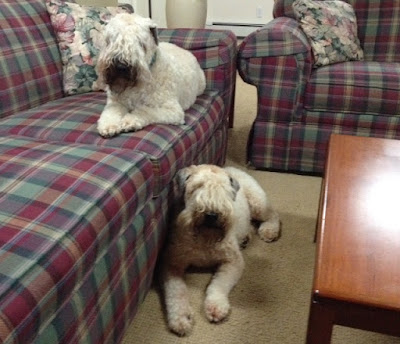 I guess I have a love-hate relationship with Model Railroader magazine. On the one hand, we go way back to my formative years in the hobby when I was gleaning everything I possibly could and was attracted to every era, every geographic locale and every road name. But things evolve and readers like me begin to define our likes and dislikes and move from novice to something beyond.

I have subscribed on and off for years and just signed up after going MR-free in 2015. I do not envy editors and publishers of print media in this day and age of online overload where every yahoo (pun intended) can allegedly disseminate expert information, helpful advice or entertaining anecdotes to anyone who will listen via blogs, websites, YouTube, Facebook, etc. (Yes, I do see the irony here!)

But Model Railroader marches on, trying to appeal to newcomers while holding on to established hobbyists. It can't be easy. And losing a beloved icon like Andy Sperandeo recently doesn't help. But a new columnist has been named to carry on the monthly operations feature and he's a real good, knowledgeable guy!

﻿﻿I haven't known Jerry too long and haven't spent that much time with him. But the time we have had together has always been very enjoyable, whether it's that road trip, or operating on the Susquehanna or just having craft beers and Jersey cheese steaks at the historic inn down the road from his home.
He is currently helping me with some roadbed decisions I need to make which I expect to cover in a future post. But for now, I wish my newer friend the best in his exciting endeavor. Jerry's column will debut in the April 2016 issue of that older friend. Check it out.
-30-
BONUS:  JUST  ONE  MORE  THING  BEFORE  WE  GO...
Jerry is a retired chemical engineer who winters in Colorado with his wife Laura. They serve as guides with the Breckenridge Ski School and are very active in the Breckenridge Heritage Alliance. He thoughtfully sent along a photo of "the view from my office"...  Nice!

I am not in the habit of quoting the late New York Yankee catcher, Yogi Berra. But as I embarked on installing 150 risers, it was not lost on me that I had done this once before for the original single deck, then removed them all, before re-installing taller risers to cantilever my ill-fated second deck. That sentiment seemed so perfectly descriptive, even for a New York Mets fan.

So the long, strange journey from single deck to multi-deck and back again, has cost me more than a year and has left me with a track height of 46" instead of the originally planned 50". Not the end of the world, but frustrating as all get out.

-30-
BONUS:  JUST  ONE  MORE  THING  BEFORE  WE  GO...
Friends and visitors often tease about my benchwork being "too nice to cover up"... apparently I have taken their comments too literally!﻿
Posted by Jim Fawcett at 2:00 PM 4 comments: