What better way to kick off Volume II of the Old Main Line than with a visit to everyone's bucket-list layout?   George Sellios' Franklin & South Manchester in Peabody, MA, was on tap as part of a belated Father's Day weekend trip to Boston to see our little millennial. And as part of da-dee's festivities, wife and daughter happily joined in the half hour drive to a non-descript storefront on Main Street.

Anticipation mounted as we climbed the dark stairway to the second floor and then entered through a narrow hallway behind the layout's massive backdrop. But in turning the corner, the expanse of 23' x 42' cityscape revealed itself. The more than 600 detailed structures and extensive scenery was both breathtaking, but overwhelming too. Was I really here, finally? Where should I look first?

Gina, Kendall and I spent a couple of hours marveling at the workmanship and chatting with the shy craftsman. A proud customer of his brought in a completed diorama of the final FSM kit, I.M. Dunn coal yard. George studied it carefully, looking at it from different angles. The new retiree then proclaimed, "It's perfect... better than mine." High praise indeed!... and very classy.
The Franklin & South Manchester is open one Saturday morning most months. Photos are obviously allowed, as are smart-ass wives, but small children are not. Admission is $5.00. Afterwards, we concluded that two visits are really recommended. The first is just to get one's bearings and take in the overall scope. The second is when you can really relax and appreciate the individual scenes. We look forward to a return in the not-too-distant future... to find Batman!

But it was time to say goodbye and thank George for everything he has meant to the hobby. Now, on back to my daughter's north end neighborhood for a nice Italian meal and then one more stop that evening for another first. This was shaping up to be one heck of a day! 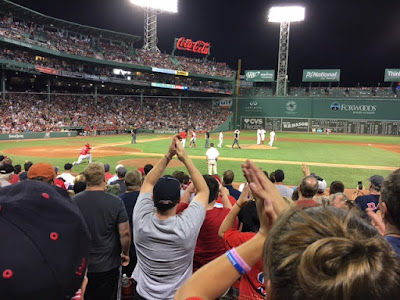 Another bucket list item checked. Fenway Park and the Green Mon-stah on a beautiful summer night. And we got to see the ump toss Sawx manager John Farrell for a tirade that was wicked awesome.﻿
Posted by Jim Fawcett at 5:00 AM 8 comments: 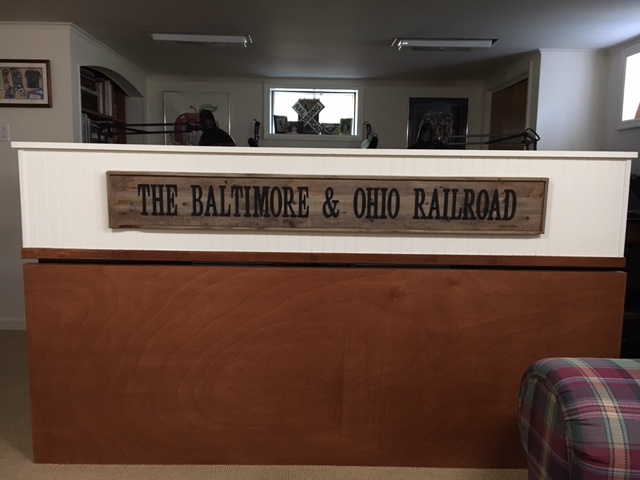