Childhood BFFs Randy Laframboise and Mike Sparks have been layout collaborators in one way or another for more than 40 years. Their current Rutland Road is their second iteration of the popular Vermont railroad.

Begun in 1999, after the demolition of their first 15-year effort, the new-and-improved multi-deck prototype sits in a 16' x 36' finished space in Randy's basement. It features many of the small towns along the mainline between Rutland and Burlington and is set during late summer in the early 1950s.

Entry to the main layout room is through a nicely finished support space decorated with vintage signs and posters. The room features a well-appointed workshop, generous staging and an attractive helix. The helix adheres to the layout's 36" minimum radius and is graded at 2% yielding a run of 100'. The layout itself provides a satisfying 285' of run through the rolling countryside.

The northwestern Vermont natives have beautifully depicted their home state and have achieved an awful lot through the years. Randy knows how fortunate he is to have a wing man like Mike.

"I am lucky to have a buddy like Sparky... The layout would be nowhere near as nice or interesting without having each other to bounce ideas and concepts off of... This is definitely a joint effort and sometimes he gets overlooked because it is at my house," Randy emphasized.

I asked Randy why he and Mike don't promote their work via a blog, website, magazine articles, YouTube, etc. He says that they "prefer to fly under the radar." Well, no problem there. My eight followers won't blow their cover.

UPDATE: March 10, 2016
Check out the 2016 issue of Kalmbach's Model Railroad Planning for a feature on the Rutland. Hearty congrats, fellas.

-30-
BONUS:  RHETORICAL  QUESTION  OF  THE  DAY...
Does this look familiar? Regular readers of this blog may recall the April 24th post in which the model of this now-defunct Brandon coal business is pictured. Sadly, this is slated for demolition, but at least it will live on in HO scale on the Rutland Road. Check out "Friendly Fridays... Road Trip" to see the crafted version.
﻿ 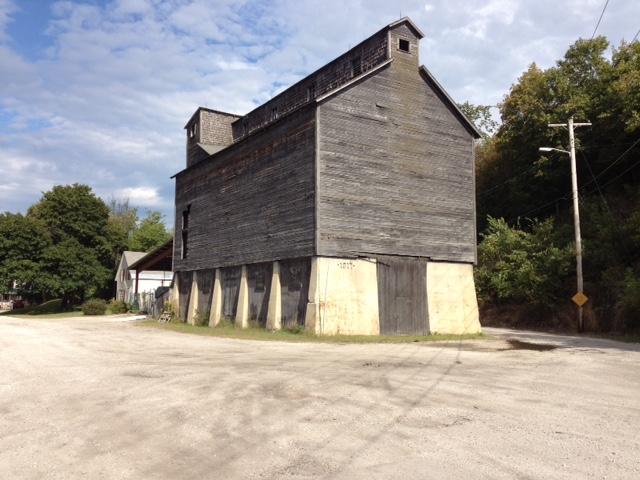