Jim Dufour's careful re-creation of the Boston & Maine's Cheshire Division circa late 1940's is a real labor of love. His research on the New Hampshire portion of this line focused on five consecutive stations just over the Massachusetts line.
It consumes most of his 17' x 28' townhome basement and was begun in 2005.

Jim runs a combination of steam and first generation diesel. His track plan is single track around the basement walls with a peninsula and run-through staging that is segregated, but visible and readily accessible as it runs against the back of the stairway landing. Because of that configuration, there are no duck-unders or gates required for visitors or operators to negotiate. Utilities have been effectively screened from view and fascia and skirting complete the layout's presentation.
﻿﻿


Jim has some terrific videos on You Tube that he and friends have produced. Click here to get started on them. He also was a subject of Model Railroad Hobbyist's Train Master's TV series this past March. Jim is an active member and contributor to the Boston & Maine Railroad Historical Society. He'll be a clinician at the New England/Northeast RPM in Collinsville, CT, May 29-30th.
Jim is located midway between Boston and Worcester and typically holds open houses in the fall and just before the big Springfield show in January. Check the Cheshire out. You'll be pleased that you did.
-30-﻿


BONUS:  RHETORICAL  QUESTION  OF  THE  DAY...
Train 5503, the Green Mountain, is photographed  at Troy Ledges in November 1951. Which is the model and which is the prototype? 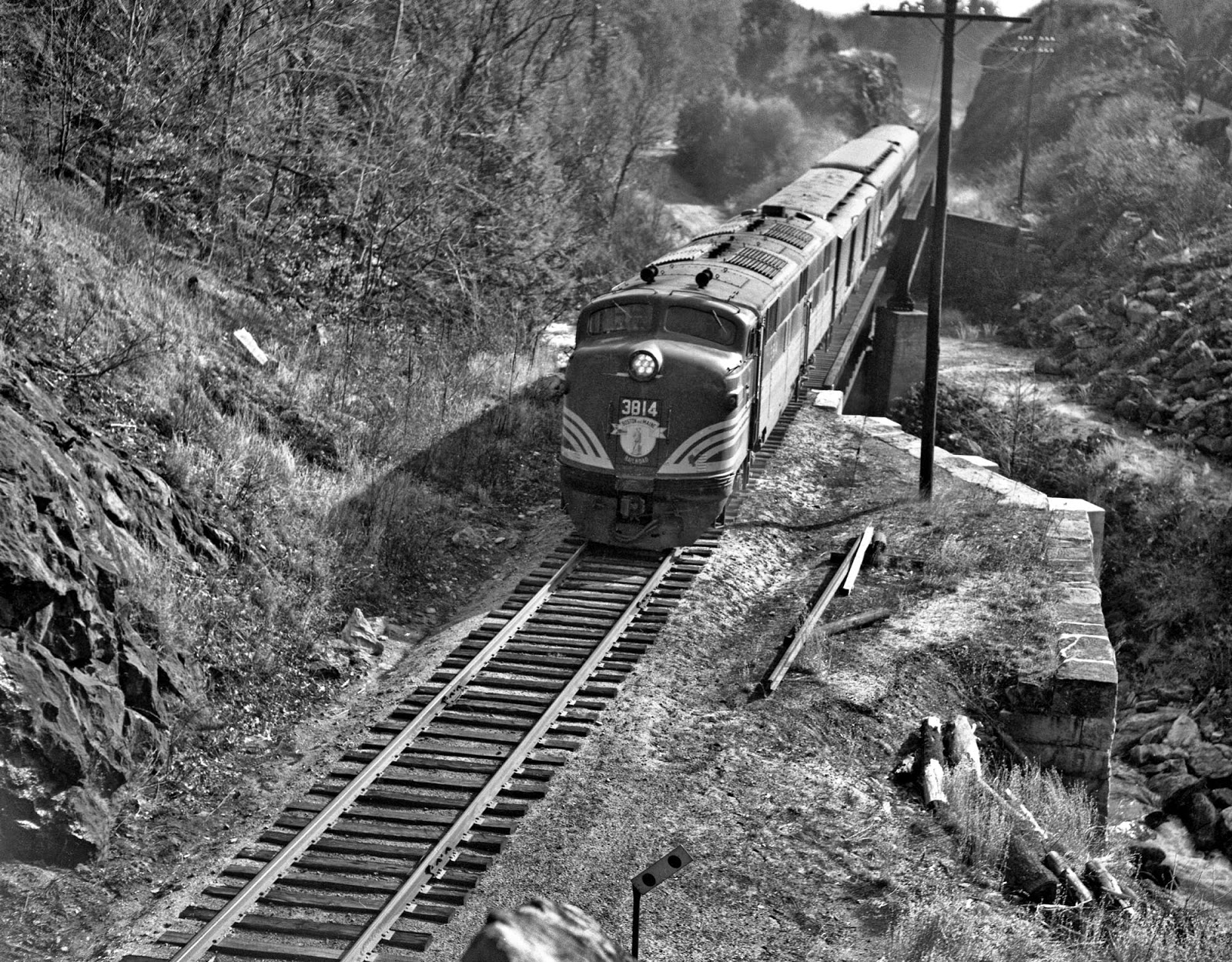 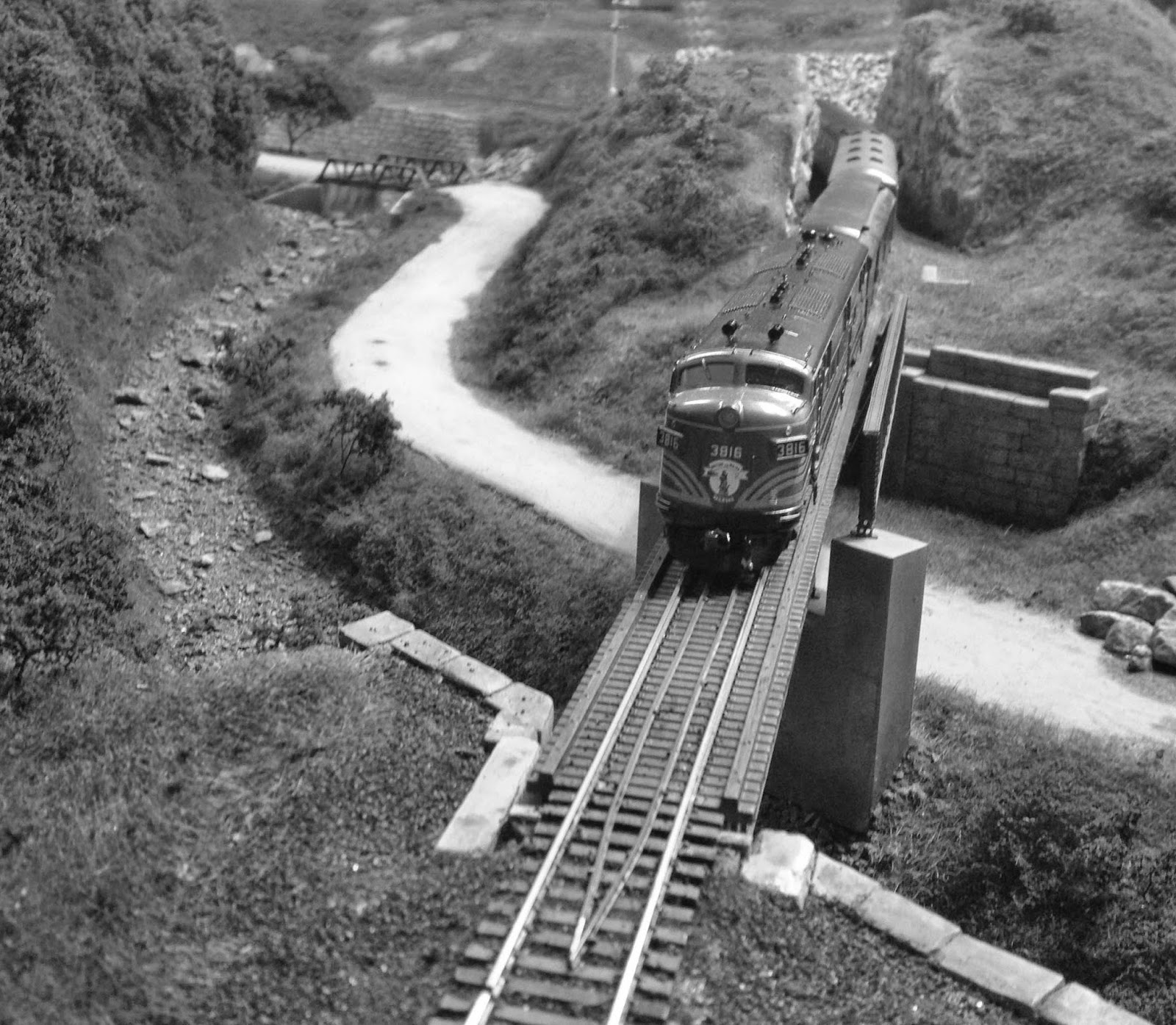